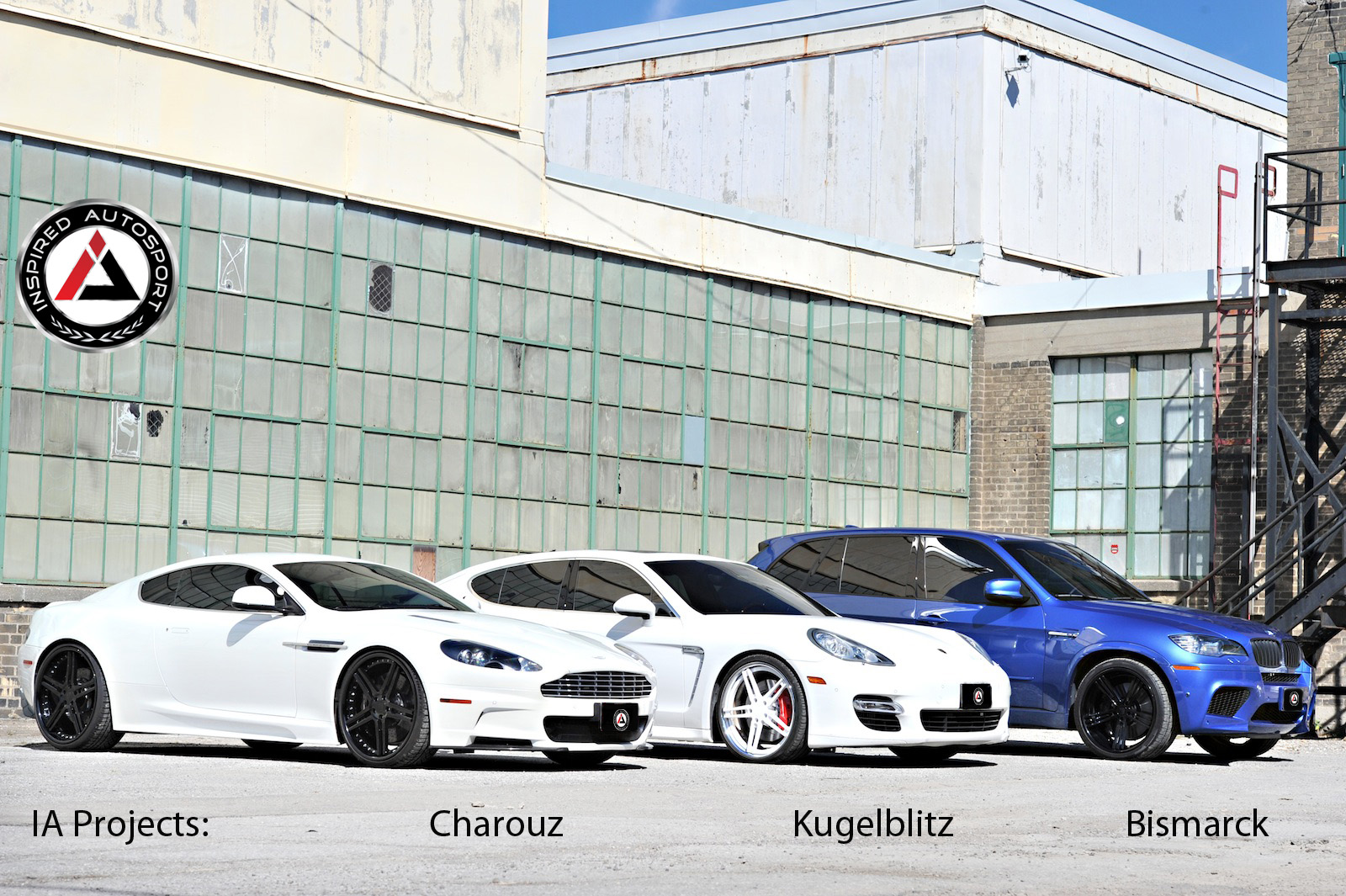 The DBS is the first production Aston Martin to make extensive use of ultra-light carbon-fiber body panels that results in high levels of performance and control, thanks to the combination of inherent light weight, near-perfect weight distribution, a powerful and flexible V12 engine.
Though heavily based on the mechanically (and stylistically) similar DB9 and Virage models, the Aston Martin DBS distinguishes itself with a more aggressive look, slightly better power and a greater focus on handling. It’s also the current ride of choice of a certain British spy.
So when Mr. Bond called upon us to further intensify his Aston, we jumped at the opportunity. 22″ 3pc COR wheels model Cinco with exposed hardware were added, finished in a high gloss black sheen. Racing Sport Concepts was the answer to get more power from the Britain via an ECU tune along with RSC Veloce 100 cell race cats and Veloce Super Sport Sound Exhaust. RSC Performance Air Filters provided more breathing power as well. Suspension received some attention to get the right stance over those 22″ wheels and viola, IA Project Charouz was born.
James Bond is happy…